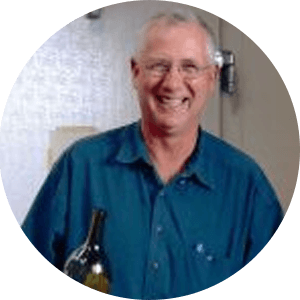 Dr. Gary Daley passed away on November 6, 2012. His colleagues at Lander Veterinary Clinic are deeply saddened by the loss of such a wonderful veterinarian, co-worker, and friend.

Gary grew up in the Turlock area, the son of a CHP officer and a school secretary. He was mentored by Dr. Bob Harris, the founder of Lander Veterinary Clinic, when he was still in high school. After graduating from UC Davis, he began his veterinary career at Lander on July 1, 1978. Many of our clients today remember him from their childhood days at their fathers’ dairies.

He was a great mentor to younger veterinarians who joined the practice, always offering to assist with C-sections, even if they were in the middle of the night. There was no greater sight for producers than his truck pulling onto a dairy to assist with whatever call another veterinarian needed help with. Gary was a great resource in providing practical knowledge for “green” veterinarians, as well as our clients.

The one thing Gary loved almost as much as his family and job was golf. He always kept a set of golf clubs and a golf shirt in his truck, just in case he had a chance to sneak off.

Gary was a district representative for the American Association of Bovine Practitioners, and was featured on the cover of Bovine Veterinarian magazine in 2000. He enjoyed attending the AABP conventions and re-connecting with colleagues from around the country.

Gary had a strong Christian faith, which grew ever stronger over the last two years. He was an active member of Monte Vista Chapel in Turlock. He was also interested in overseas missions. Before his illness, Gary was working on an application to be a short-term missionary with Christian Veterinary Mission.

Gary is survived by his wife, Nancy, their children Derek, Kaci, Dawn, and Craig, and grandchildren Jayden and “Moose”.

Dr. Robert (Bob) Harris, founder of Lander Veterinary Clinic, passed away on February 21, 2015 at the age of 98. Bob was born to Charles and Audre Smick Harris in Macomb, Illinois on January 23, 1917.

Bob grew up on a farm in Bardolph, Illinois and in his youth was active in 4-H and FFA. A graduate of the University of Illinois, Bob served in the U.S. Army with the 188th BN FA. He met his wife, Anne Lehigh, in San Francisco and they were married in 1943. They were married for 65 years.

After the war, he studied veterinary medicine at Cornell University, receiving his DVM in 1950. That year, Bob and his family moved to Turlock, California and set up his veterinary practice from their home on Lander Ave. He established Lander Veterinary Clinic in 1952 and was active in practice until his retirement in 1985.

Bob loved to explore the world around him. He enjoyed traveling, hiking, gardening and woodworking. He was a passionate fisherman and well-known for his homemade caramels. Bob was a devoted husband and father and a constant, proud cheerleader for his grandchildren.

Dr. Bob Harris is held in fond memory and deeply missed by his colleagues at Lander Veterinary Clinic.

© 2023 Lander Veterinary Clinic. Designed & Managed by ViziSites. Terms of Use.